WIEF thinkTalk is a special session designed to empower young changemakers with compelling ideas and deep knowledge on leadership, business, entrepreneurship and the world’s most pressing issues from prominent leaders as well as industry experts. It welcomes inspired thinkers willing to contribute their thoughts and individuals from every discipline seeking knowledge in this world of disruption in which we live. In this virtual WIEF thinkTalk edition, the speaker will dive deeply into digital business and explore how it continues to be a driving force for world economic recovery and growth.

The pandemic has forced businesses to explore new and heighten levels of digital collaboration. This is pivotal in positioning them to thrive beyond the near and intermediate terms. With digital ecosystems forecasted to contribute towards a larger portion of the global corporate revenue by 2025, the digital journey is no longer seen as a new endeavour, but a powerful enabler in bridging the physical and digital worlds to deliver new business value and a key differentiator in times of crisis.

E-commerce is now at the forefront of retail. The adoption curve for online payments is on a steep rise and the supply chain is witnessing unprecedented digital acceleration. These are signs that digitisation has stepped in to fill the gaps left by mandated shutdowns and physical distancing. How can digital businesses persevere to ensure being future-ready beyond this crisis and continue to drive economic recovery and growth?

This session will discuss: 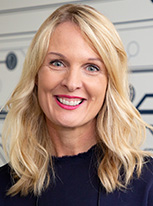 Frances Valintine is a leader in innovation and emerging technologies. After a 20-year career in higher education and creative technology, she launched Tech Futures Lab in 2016, committed to the development of people and capability, as well as a culture of innovation and responsiveness to technological advancements. She has worked with, and advised over, 250 organisations from every sector in New Zealand and has gained a reputation as an expert in leading change initiatives.

Frances sits on the boards of Watercare and Dilworth School Trust and is an advisor to Bank of New Zealand. She is also a selection advisor for the Edmund Hillary Foundation, committed to supporting a community of impact entrepreneurs, investors and changemakers to build meaningful solutions to global problems. She holds a Master of Education Management from the University of Melbourne. 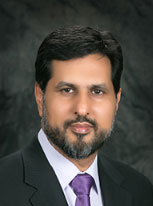 Ebrahim Patel is the Managing Director of SiyaXoxa Technologies. He is also the Chairman of the WIEF Young Leaders Network and member of the WIEF International Advisory Panel.  He was the Founder and Past President of the Minara Chamber of Commerce and is an Advisory Board Member of the University of KwaZulu Natal ELC. Ebrahim was recently appointed as the Honorary Consul of the Republic of Indonesia and serves on the KwaZulu Natal Economic Council which advises the provincial government on economic strategy. He is passionate about youth and entrepreneurship.