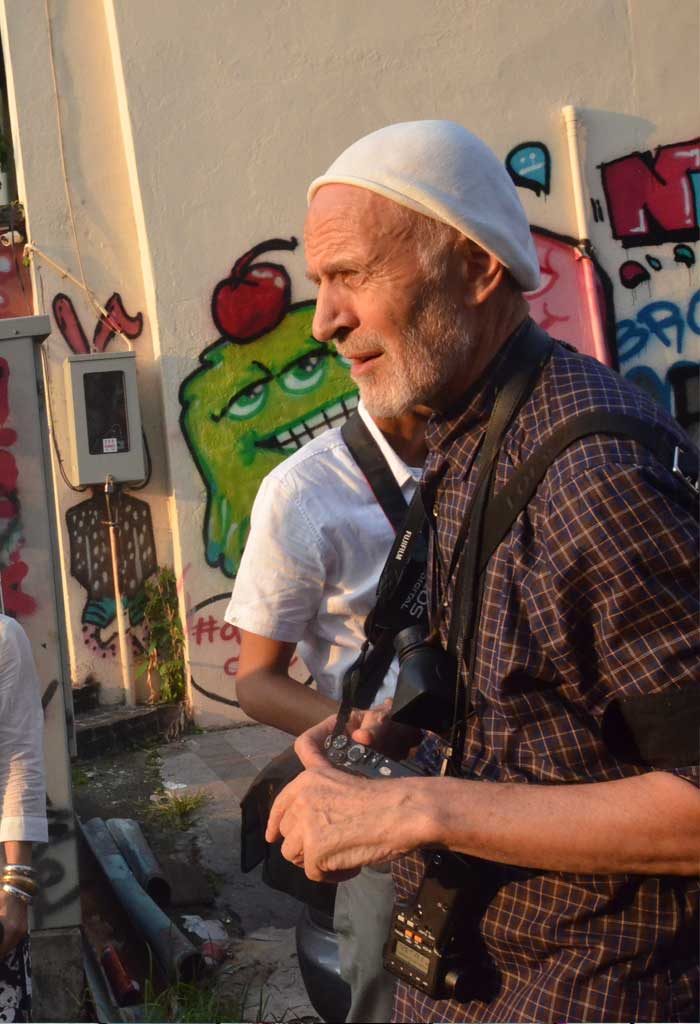 MOCAfest Masterclass Series is an extended min programme of the Marketplace of Creative Arts (MOCAfest), to encourage international creative exchanges with the growing Malaysian arts community. Align with WIEF’s objective to strengthen networking and exchanges of ideas, information and knowledge, the Masterclass series aims at promoting dialogues between MOCAfest growing international artists with the Malaysian community.

MOCAfest Masterclass Series was conducted once in Sarawak in 2015.

“It’s like chasing a moment, trying to capture a beautiful bird in flight.” – Peter Sanders.

MOCAfest Masterclass Series is a mini programme as an extension to the annual festival, Marketplace of Creative Arts (MOCAfest), to encourage creative and international exchanges with the growing Malaysian arts community.  Align with WIEF’s objective to strengthen networking and exchanges of ideas, information and knowledge, the Masterclass series aims to promote dialogues between MOCAfest growing international creative artists with our local community.

This year, we are delighted to collaborate and host the Art of Seeing Sarawak with Peter Sanders, who was a MOCAfest artist in 2014.  Photography is a growing interest in the local arts scene in Malaysia which could benefit from Peter’s years of experience in photography and capturing cultures and traditions from 40 countries.  The programme will be held in Kuching, Sarawak which brings an array of cultures and richness in nature.

The programme is designed to teach and instil the ability to tell a story through pictures. The best way to learn is from people who have mastered their craft. We want to create such an environment in different places in the world where everyone, from the beginner to the expert, may benefit from Peter’s vast knowledge and experience of photography and storytelling. The programs consist of four master classes, which form the core of the programme, covering various topics. Peter shares his experiences and stories and then demonstrates. This is followed by opportunities for each participant to shoot pictures at various locations in the area.

As part of the programme, each participant, under the mentorship of Peter Sanders, will be able to produce one photograph which will be showcased at the 8th MOCAfest, 3-5 November, held in Kuala Lumpur.

Peter Sanders is an internationally award winning photographer who began his career in the 1960s as one of London’s leading photographers of rock musicians, photographing Jimi Hendrix, Bob Dylan, The Rolling Stones, The Who and many more.

In 1971 Peter travelled on a spiritual quest to India, afterwards to Morocco, then to the Holy Cities of Makkah and Madinah.  From his ongoing travels, he has built up a huge photographic archive of over a quarter of a million photographs of the Islamic World, its people, architecture and cultures. His work is shown internationally in exhibitions, presentations and books. Recently, Peter created the ‘art of seeing’ photographic workshops to encourage young people into the creative arts.

His empathy with both spiritual masters and ordinary people has opened many doors and allowed him to photograph many of whom have never been photographed before.

Peter continues to travel worldwide on a number of commissions for a variety of international clients.